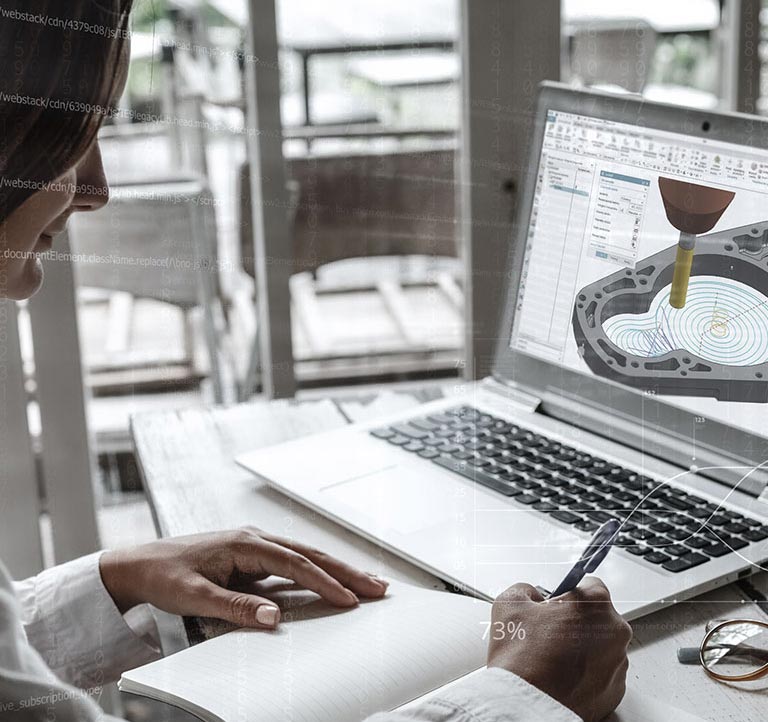 We are a general distributor in Poland of VoluMill and VoluTurn packages from Celeritive Technologies. Practical application of the VoluMill and VoluTurn packages can safely double the productivity of the machine and reduce machining time. Thanks to full control of the tool load, you can extend the life of the machine, reduce processing time and costs, which results in increased competitiveness of the manufacturing company on the global market.

It is a proven toolpath guidance strategy that enables roughing operations with greater depths of cut than known conventional toolpaths.
The VoluMill algorithm is tightly integrated with NX CAM (CAM Express) - you work in the same interface. Toolpaths are task-oriented and significantly reduce programming time and do the job much better than conventional toolpaths where it counts most – on the shop floor.

Machine tools and cutting tools work as intended.
VoluMill generates toolpaths in which there are no sudden changes in the direction or amount of material being machined> the load on the cutting tools and spindle never exceeds the limits programmed by the user. As a result, the machine runs smoother and tool cooling is improved, even at much higher speeds and feeds, which contributes to longer tool and machine life.

VoluMill works well on any material, part or geometry.
VoluMill is ideal for aerospace, automotive, mould and die, medical, machinery and consumer goods parts, for all complex shaped or prismatic parts requiring roughing.

Optimum feed rate, spindle speed and depth of cut
VoluMill toolpaths break the milling rules that have been followed for decades. VoluMill enables the safe use of dynamic parameters, so customers get surprisingly fast cycle times. The practice of VoluMill users shows that it is necessary to triple the cutting tool manufacturer's recommended values of rotational speed and feed per tooth.

For harder and more difficult-to-machine materials (for example, stainless steel, tool steels, titanium and special steels), most customers have found that the combination of a large axial depth of cut and a smaller radial cutting width (10% to 20% of the tool diameter) works best. In addition, 5- or even 7-cutter roughing tools can be used without concern.

For softer, easier-to-machine materials such as aluminium, you can increase the width of cut more along with speed, feed and depth of cut.

High performance roughing
Maintaining a constant chip cross section in VoluMill enables machine tools and cutting tools to operate in ideal milling conditions throughout the process, regardless of the shape or complexity of the part. Milling productivity increases significantly for all materials; from aluminium, through steel, to hard-to-machine materials such as titanium.

Intelligent technology that works on every part
VoluMill performs all the complex calculations required to determine the best cutting strategy for each part type. There is no need to specify individual part features such as 'planes', 'pockets', 'cores', 'grooves' etc. VoluMill will automatically select the best possible strategy for the job.

Collision control
VoluMill will automatically set the toolpath to prevent collision with the tool holder or shank, thanks to individual safety distances for the holder and shank. Alternatively, VoluMill can also set the blade length required for the cutting operation of a specific part.

Automatic tool vibration reduction
As recommended by leading tool manufacturers, VoluMill automatically reduces the feed rate as the cutting tool enters the material and safely increases it to the set feed rate at the appropriate time. This intelligent feature of VoluMill reduces the vibration to which the tool is subjected and extends the life of cutting tools.

Celeritive Technologies
Celeritive Technologies products are licensed add-ons for NX CAM, enabling you to create highly productive roughing operations for milling and turning.
After installing the VoluMill or VoluTurn module the programmer carries out all of the toolpath creation in the NX environment - there is no need for additional software, all of the operations created take place in the NX program window.

Milling Advisor
For the optimum selection of machining parameters, there is a special assistant called "Milling Advisor", which, on the basis of input data (properties of the cutter, material, machine, etc.) determines the values of width and depth of cut, revolutions and feeds, which are dynamic in nature.

VoluMill for NX CAM is a field-proven technology for generating ultra-high-performance paths in NX CAM available for both older (from NX CAM 9.0) and newest versions - currently NX CAM 2212 Release.
We can tailor the licensing terms to your needs and network considerations.
VoluMill (for milling) and VoluTurn (for turning) licences are available as Node Locked, Standard Floating and Enterprise licences.

Standard Floating
Floating license for up to five registered users.

Enterprise
Intended for unlimited use in all geographic locations of your corporation.

The eBooks are electronic NX CAD books (in PDF format) aimed at individual NX users who want to improve their skills in using Synchronous Technology (ST), as well as at users of other CAD systems who want to learn about synchronous technology.

As far as technical details are concerned, you will receive links to download the individual files of the NX CAD book to the email address provided in the survey. However, we are not a non-profit organization, so we reserve the right to contact selected users of our free publications. The publications are intended exclusively for CAMdivision Sp. z o.o. customers or as an addition to free trial versions of NX. 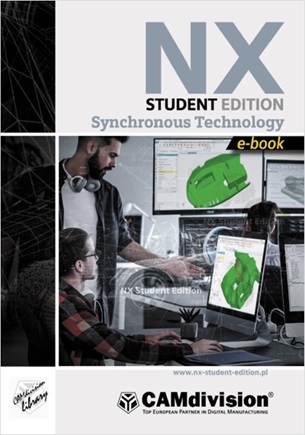 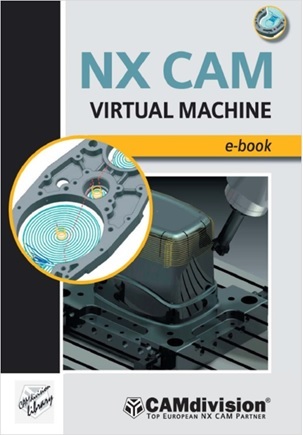 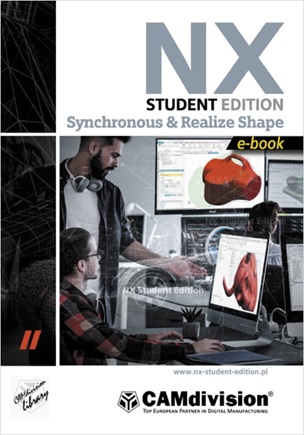 Printed manuals are addressed to beginners and advanced users of NX CAD/CAM software. The publications are intended for CAMdivision Sp. z o.o. customers or as an addition to free trial versions of NX.
Book preview/order online 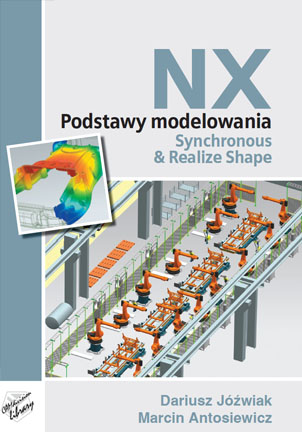 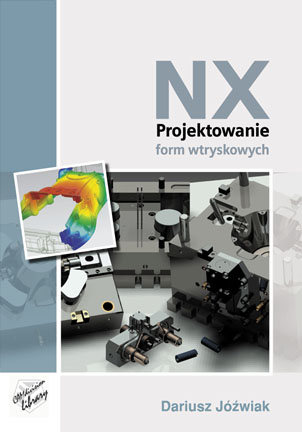 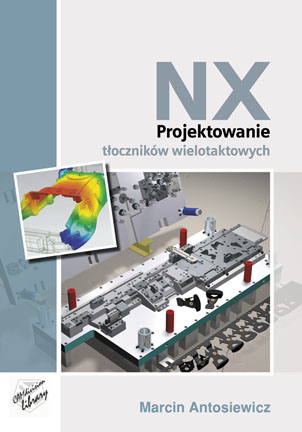 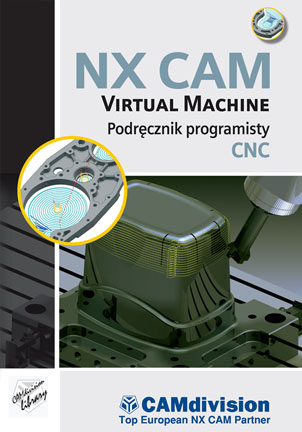 Our activity is not limited only to software implementations. We publish printed manuals and free eBooks, innovative on the Polish market. Additional sources of information about the software offered by us are information materials in the form of leaflets and video recordings of webinars organised by us. You will find detailed descriptions of products and configurations as well as descriptions of the latest software versions. 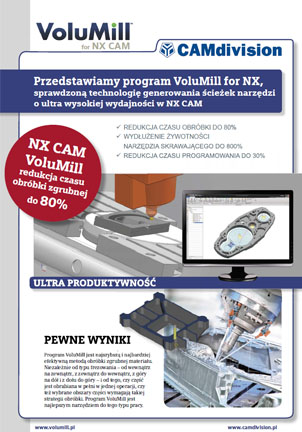 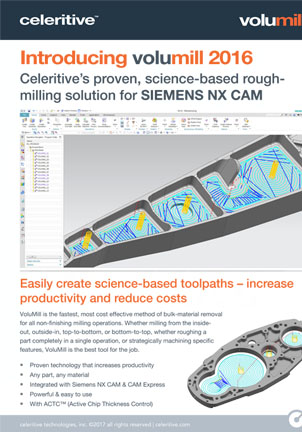 VoluMill & VoluTurn generates toolpaths in which there are no sudden changes of direction.

At critical points, VoluMill automatically reduces the feed rate and safely increases it at the right moment.

The VoluMill path maintains a constant banding angle, avoiding momentary tool overload during machining (even in tight corners or grooves).

MACHINING
"FROM BOTTOM TO TOP”

Thanks to the large cutting layer and the machining of intermediate levels "from bottom to top", the tool is maximally engaged and wears evenly over the entire height of the blade. 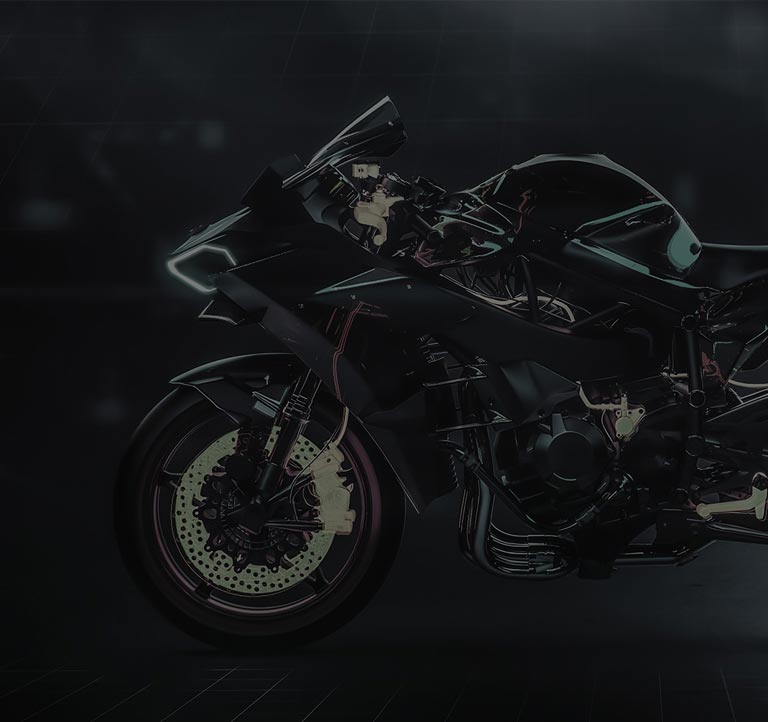 Try out the trial versions

Within the scope of the NX CAD/CAM package, we provide you with:

The offer is addressed to companies only. 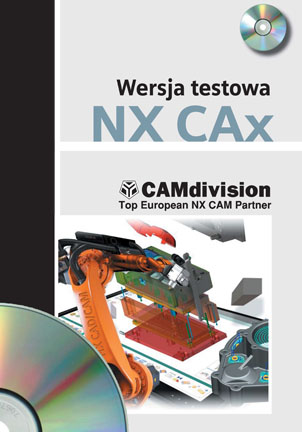 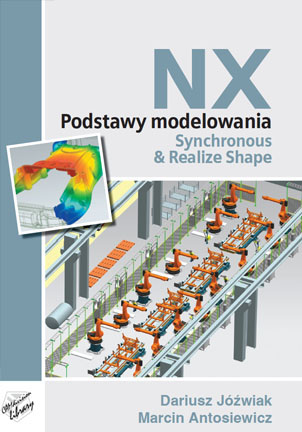 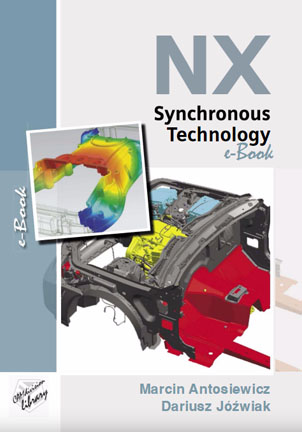